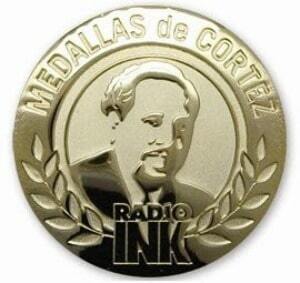 Radio Ink is proud to present the winners of the 2022 Medallas de Cortez awards. Winners were presented the awards at the Hispanic Radio Conference on June 22 in Miami at the Intercontinental at Doral.

This was the 13th awards ceremony that recognizes excellence in Hispanic radio programming, sales, and management. The awards are named in honor of Raoul Cortez, founder of KCOR, the first Spanish-language radio station in the United States, in 1946.