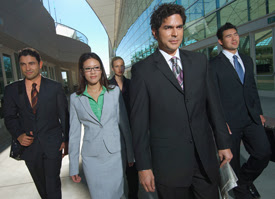 ​​Great leaders not only “walk the talk” – they talk. They are willing to take the time to share their vision about the industry they lead with those who follow them.

Your industry – the same one in which you are investing your time and talent to build your career, serve your listeners and clients, and create a future that perhaps leaves the world a little better, thanks to your dedication and efforts.

That’s why leaders often conduct “town halls” with employees and tour their markets throughout the year. And listen to what they hear. All of that is smart, common practice – or should be.

What’s rare is to see leadership come together and share the “talk.”

Especially in Hispanic radio, a growing and vital segment of the industry overall, one whose audience represents the fastest-growing segment in our population. These are people you want and need to hear from – after all, theirs is the vision that will determine the future of Hispanic radio.

When that leadership comes together at one time and on one stage, whether you are in Hispanic radio or compete with Hispanic radio in your market, you’ll want to be there to hear what they have to say and to ask your questions. This was the inspiration for the first Hispanic Radio Conference and it continues to be one of the most powerful presentations on the agenda every year.

Jesus Lara is president of Univision Radio, leading the company’s radio business and overseeing the development and implementation of strategies that take UCI’s digital, content creation, programming, and entertainment efforts within radio into the future. He works closely with general managers across the country as well as leaders across Univision Local Media to drive innovation and operational leadership of the radio business. Lara joined UCI with more than 20 years of experience leading digital, programming, content, and marketing teams in the radio, music, and entertainment industry. He has worked with top media and content companies, including Viacom, EMI, and most recently Spanish Broadcasting System. During his career he has been known as a trailblazer in the execution of digital, programming, content, and talent strategies to reach Hispanic and international audiences.

Albert Rodriguez was appointed chief operating officer of Spanish Broadcasting System in May of 2012. He is responsible for the day-to-day operations of the company and oversees the revenue and profit performance of the company’s consolidated operations, including the radio, television, interactive, and entertainment divisions. Previously, Rodriguez was the chief revenue officer of the television segment and general manager of the Miami television market from October 2010 to January 2011, general manager of the Miami television market from January-October 2010, and GSM for the Miami radio market from November 1999 through January 2010. Before joining the company’s television segment, Rodriguez was GSM for SBS’s radio properties in Miami: WCMQ-FM (Clásica 92), WRMA-FM (Romance), and WXDJ-FM (El Zol 95).

Norberto Sanchez is the chairman and CEO of the Norsan Group, which runs Norsan Multimedia, a Spanish-language communications company that includes the regional Hola Noticias newspaper as well as 12 radio stations in the Southeast, four of them covering the Charlotte market. Apart from the communications industry, the Norsan Group has a large role in the food industry, including a restaurant and catering division with various concepts including Frontera Mex-Mex Grills, Pampas Argentinean Steakhouse, and Prime Meats, a USDA meat processing company serving the hospitality industry in the Southeast.

Enrique Santos is the chairman and chief creative officer of iHeartLatino, leading iHeartMedia’s Latin direction and strategy. He also has two shows syndicated nationally via Premiere Networks: his daily signature morning show on iHeart Miami’s TÚ 94.9 and a new English language weekend show “On the Move with Enrique Santos” Born to Cuban parents in Chicago, Illinois, he moves freely between the Hispanic and mainstream American radio landscapes. Throughout his career he has continuously set ratings and sales records in the nation’s most diversified Hispanic radio markets, and has interviewed prominent figures such as Sen. John McCain, Sen. Marco Rubio, President Barack Obama, First Lady Michelle Obama, and Secretary Hillary Clinton. He has received numerous awards and accolades for his charity and community efforts including disaster relief in the wake of Hurricanes Katrina and Wilma and the earthquakes in Haiti, Chile, Japan and Mexico. He also volunteers as a reserve police officer for the City of Miami Police department.

Harvey Nagler served as vice president of CBS News Radio from January 1998 through January 2017. During his tenure, he was responsible for CBS News radio operations worldwide, including news gathering and programming and its relationship with its thousands of affiliated stations around the country. Under his leadership, CBS Radio News captured dozens of national and international awards including seven coveted Edward R. Murrow Overall Excellence Awards from the Radio Television News Directors Association. In addition, Nagler has been personally honored over the years by numerous professional organizations. Before joining CBS Radio News, Nagler was director, news and programming for WCBS-AM Newsradio 88. He joined the station following a stint at United Stations Radio Networks, where he was vice president, news and sports and director of news operations. Before that, Nagler worked for the ABC Radio Network; he began his career in 1966 as a reporter for WCTC-AM/New Brunswick, NJ. Today, Nagler divides his time between consulting news and broadcast operations and extensive travel.

The Hispanic Radio Conference is the only conference dedicated solely to Hispanic radio. Now in its ninth year, the conference attracts the industry’s key leadership in management, sales, and programming, whose combined audience reaches approximately 95 percent of the 59+ million Hispanics in this country.